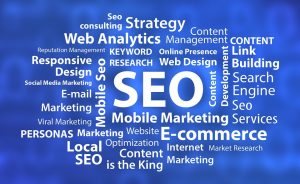 Optimizing any web resource needs a good SEO strategy. There are many definitions of this term, because the strategy itself does not have clear rules and its components vary depending on the object of promotion. Some sources identify the concepts of strategy and tactics in the field of search promotion, which often mislead a potential client.

What is the strategy in SEO, of what stages is the development of a promotion strategy and for which resources is it needed, we will take a closer look at this article.

SEO strategy can be described as a plan for the development and achievement of promotion goals, which consists of many elements. Such strategies do not have sample names and definitions, because for each resource they are selected in accordance with the type of site.

Which sites need a promotion strategy?

In order to decide on a promotion plan and create a strategy according to which the work on the site will be carried out, it is necessary to define several criteria for assessing the resource.

It should be remembered that not all types of sites create such a strategy would be equally effective – some resources need complex promotion schemes, and for a certain type of sites it is enough to create a basic plan of action for optimization.

For different types of companies and the wishes of their owners, completely different goals of strategic planning are used:

Companies that only launch the site and do not know how to win a buyer, in choosing a promotion plan are inclined to a plan of active growth of total traffic.
Site owners may be interested in promoting only on certain search queries. As a rule, these are companies whose goal is the growth of a certain set of positions.
For sites whose leaders know their customers and actively monitor the percentage of conversions, a set of activities aimed at increasing conversions will be relevant.
Special attention requires a separate type of planning – the strategy of promoting an online store. To promote trading platforms, a scheme is used in which the emphasis is placed on the implementation of an extensive structure of groups of goods, the collection of semantics and its constant expansion for additional search queries. Also, strategies for promoting online stores include the constant optimization of product and work pages, aimed at increasing the number of customer reviews.

For all types of strategies that are developed for search engine promotion, an important factor is determining the timing of performance of work and financial opportunities because the development of a separate strategy is mainly used for sites that require long-term improvement works.

If we talk about the classification of SEO strategies, then there are no clear limitations and types, in most cases they can be divided according to the type of site and the tasks to be carried out:

This conditional type of strategic planning is used for sites that are under development or have been created recently and have a small number of pages. All types of work for new sites are the rapid increase in traffic.

For a rapid increase in the attendance of new sites, the key to the promotion strategy are work on the creation of landing pages and high-quality content, as well as the maximum coverage of various sources of link placement.

After the implementation of all the works in the rapid promotion strategy is completed, an analysis of the results obtained is carried out, as well as a detailed analysis of market changes and new tools that may have appeared during the execution of the initial strategy. Based on the analysis, a work plan is formed for a larger project promotion strategy.

This company promotion strategy is used to promote websites that exist for a certain amount of time and have a stable attendance, and some of the search queries from the site are TOP of search engines. The priority for such sites is work aimed at expanding the target audience and increasing the number of requests for the leading positions of search engines. This optimization strategy is effective for sites that seek not only to gain leadership positions, but also significantly increase the percentage of conversion for the sale of their goods or services.

To achieve the objectives of the “medium strategy”, work should be done to improve the functionality of the site and the quality of the content. It is also worth reviewing the choice of resources for placing links in favor of more reputable.

This SEO-site promotion strategy is aimed at improving the position of leading resources that are already in TOP and compete with several sites. The main objectives of this strategy are aimed at advancing competitors and finding hidden ways to reach the first position among the top ten.

For such sites, there is no need to search for reputable link-hosting services, since at the level of leading positions such resources are referenced by themselves.

Working with links fades into the background, so the main work of search engine promotion is the search for new channels to attract the target audience. Among these channels are television and radio commercials and popular ways of Internet promotion. For online stores, which are industry leaders, additionally used to attract new customers through dynamic remarketing and product announcements from the Google Merchant Center service.

Promotion of online stores by their methods is fundamentally different from the promotion of other resources. Such sites have a huge number of pages and, therefore, require regular work with the functionality of the resource itself. That is why in the strategy of promoting online stores the main objectives are aimed at:

Before implementing any of the above strategies, consider the need to predict the duration of the work and the expected results. Even at the stage of drawing up a detailed work plan, you need to determine the priority groups of goods, calculate the approximate amount of traffic from search engines and the number of external links that will be brought to the site. This method allows you to most effectively plan the promotion of funding and create a certain limit on the timing of the work.